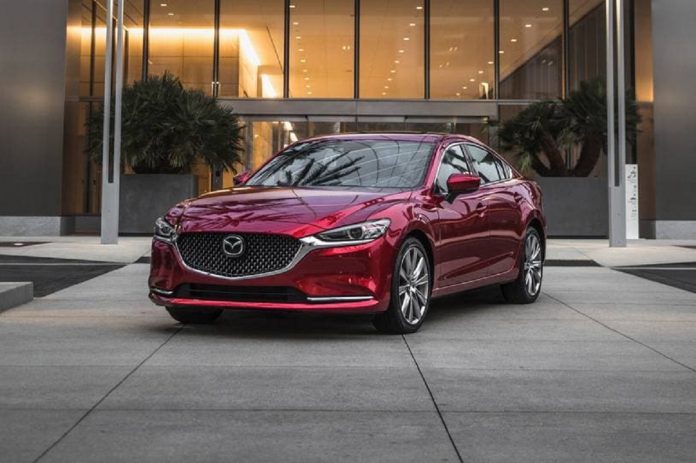 According to various reports, the 2022 Mazda 6 will be discontinued in the US for the following year. After so many continuous years of selling, this model will be literarily replaced with the new one. So, the 2021 model year will be its last edition, and it won’t return for 2022.

Generally speaking, Mazda is preparing to introduce something new, and some of the rumors indicate that it could be a much better platform. Reportedly, the manufacturer will refresh its line of vehicles for 2023, and we just got information that some of the upcoming models will gain the new inline-6 powertrain paired for the first time with the RWD. We should expect the CX-5 and CX-8 models to be the first ones to use it.

At this point, nothing is officially confirmed about the 2022 Mazda 6 discontinuation. The current third-generation of Mazda 6 was introduced in 2014, and since then, this sedan receives some tweaks over the years.

Generally, the Mazda 6 is one of the most eye-catching sedans in the class. Basically, there are plenty of models that offer better performances, but they cannot match the design of Mazda models. The Kodo design language is something that any other manufacturer cannot copy. However, many famous companies like Ford, Chrysler, and others are exiting popular family-sedan segments, so there will be no surprise that Mazda does the same.

The latest rumors indicate that Mazda will introduce some changes regarding upcoming models. Rumors persist that Mazda will launch a new sedan model that will use the new rear-wheel-drive platform and inline-6 engine. However, the company spokesperson didn’t reveal any information, and it says, “We cannot share details of future products at this time.

The current Mazda 6 offers two engine options for the US. The standard model uses a 2.5-liter four-cylinder engine that makes 187 horsepower. However, more potent is the same engine available with a turbocharger. Unlike the first one, this variant generates up to 250 horsepower using premium gasoline. Compared to the previous model, the new one gained 10 pound-feet of torque more. That means it rises output to a total of 320 pound-feet. Besides, every engine comes with an excellent six-speed automatic transmission that’s proficient and very smooth. On top of that, both variants are very efficient, and we should expect the new inline-6 to keep up.

While this is apparently the end of the road for model 6, it doesn’t necessarily mean that Mazda is done with mid-size sedans forever. Interestingly, we heard a lot of gossips recently, and the most exciting one is that Mazda 6 would be replaced with the new nameplate in the US. However, at this point, the manufacturer is still quiet about it, and we must wait for the official statement.

Meantime, the 2021 Mazda 6 sedans will remain on sale at dealerships, and according to the manufacturer, selling numbers are rising. This model looks attractive, and it offers plenty of standard equipment. The current base model starts at $25,000 and can go up to 40,000 for upper trims.