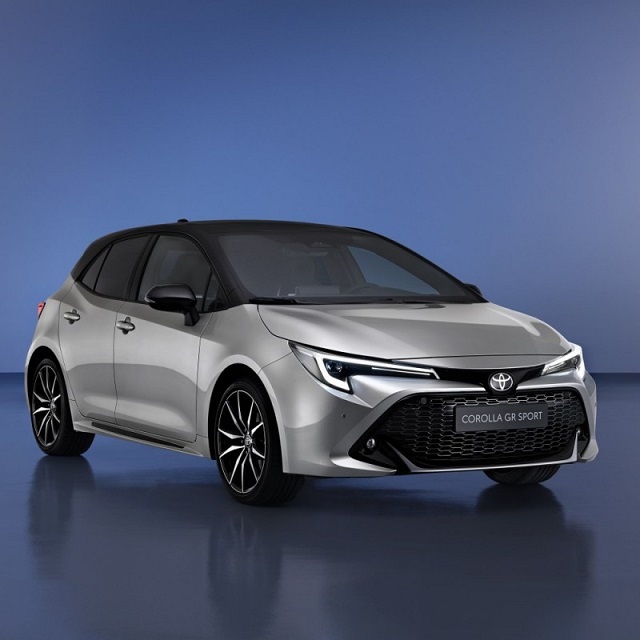 Corolla has been the world’s best-selling car for years and that’s definitely for a reason. Simply, it’s really hard to find a more balanced car, which is good in pretty much all fields and also comes with a pretty affordable asking price. Experts agree that the current generation is the best Corolla ever and after the recent facelift, we are pretty sure that Japanese engineers won’t rush with changes. The current generation should remain in production for a few more years, which means that the 2024 Toyota Corolla will probably carry on without more important changes.

All this means that you may count on a familiar layout, which has been around since 2019. Once again, you may count on two body styles and three powertrain options, whereas some are pretty efficient, while others are pretty capable. This compact car offers a pretty decent level of athleticism, along with decent comfort and a well-designed cabin. Simply, there aren’t many things to complain about.

As no bigger changes are about to come, we presume that the 2024 Toyota Corolla will hit the market sometime in the second half of 2023.

Design-wise, the 2024 Toyota Corolla will continue in the same way, with the layout that’s been around for nearly four years. The recent update made the styling even more appealing, with some styling bits taken from the newly-introduced Corolla GR. The car looks very attractive, no matter if you prefer a sedan on hatchback body style.

Besides attractive aesthetics, this car also offers very good mechanics. Thanks to the lightweight body and well-calibrated suspension, it’s a real joy to drive the current-generation Corolla. The ride is smooth and comfortable, but the low center of gravity also ensures pretty engaging handling, which is a combination you usually don’t get in this segment.

The same thing is with interior design. Where Corolla really impressed is the improvement over the previous generation in terms of interior quality. The cabin is now wrapped with much nicer materials and most areas are now soft to the touch. We also like the simplistic dashboard design, which combines nice looks with a decent amount of tech features, including a pretty intuitive infotainment system.

The amount of space depends on the body style you choose. On one side, there is a more attractive but also smaller hatchback, which isn’t particularly spacious in the second row. The sedan is way better in this aspect, with plenty of legroom.

Things are the opposite in terms of cargo volume. Here, the sedan offers a little bit over 13 cubic feet, while the hatchback is good for nearly 18 cubic feet.

The engine lineup will remain the same, with the base models featuring a good-old 2.0-liter inline-four that puts out around 169 horsepower and 151 pound-feet of torque, which is quite enough for daily commuting. The engine comes paired with a CVT and offers pretty good fuel economy. You may count on up to 32 mpg in the city and 41 mpg on the highway.

Of course, the 2024 Toyota Corolla is also available in a hybrid version, with a system that’s based on a 1.8-liter four-cylinder engine. The combined output goes around 121 horsepower. The system provides impressive fuel economy that goes around 52 mpg in the city and 51 mpg on the highway.

Finally, there is the GR Corolla, but that’s a completely different vehicle, which comes with significant suspension and chassis upgrades and a super-capable turbo three-cylinder engine that puts out 300 horsepower. This version also comes with a 6-speed manual transmission and all-wheel drive.

We expect to see the 2024 Toyota Corolla sometime in the last quarter of 2023, with a starting price of around 22.000 dollars. Key competitors are models like Honda Civic, Mazda 3, VW Jetta etc.