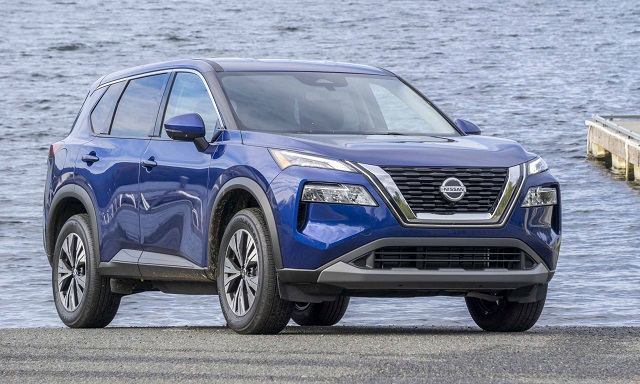 The current generation of Nissan’s super-popular crossover has been around for a while. The 2023 model year has just been presented and it brings only minor updates, such as the new Midnight Package. We don’t believe that the 2024 Nissan Rogue, which will represent the fourth production year, won’t be much different either. We think the best we could see are minor updates but on the other hand, some sources suggest that the Japanese manufacturer could bring a hybrid powertrain to the table. Allegedly, that version would feature the company’s new ePower technology.

Whether the new powertrain comes or not, we expect that the rest of the design will remain the same. The styling and the overall design will remain the same, while we don’t expect changes on the inside either. The current model already seems pretty competitive in these aspects. Moreover, it also comes with a lot of standard and available equipment, so we presume that even this aspect won’t bring more significant changes.

As we’ve just mentioned, the 2024 Nissan Rogue will represent the fourth production year of the current generation. That’s still early for a mid-cycle refresh, so we presume that the overall design will remain the same. This includes the styling as well, though we wouldn’t be surprised to see new color options or even a new appearance package.

The mechanical aspect of the vehicle will also remain the same. This SUV rides on a familiar CMF platform and features a chassis and suspension setup that puts focus on comfort. The ride is smooth, while the suspension absorbs road imperfections in a pretty nice manner. Although the steering is more precise compared to the previous generation, the handling still isn’t particularly engaging.

The same thing is with the interior design, which will carry on in the same way. That’s not an issue at all, considering that the current model looks very modern and pretty luxurious. The materials are nice, and the overall build quality is pretty impressive for this segment. Also, there is bit amount of tech and convenience features that make the cabin look even more upscale.

Besides good build quality, this crossover is also very generous with interior space. Both rows are spacious and adult-friendly, while the front seats are massive and supportive, some of the best among compact SUVs.

The cargo area is another strong point of this SUV. You may count on up to 36.5 cubic feet behind the second row and 74.1 cubic feet of the total cargo volume. Those are some of the highest ratings in the class.

As we’ve already mentioned, several reports suggest that the 2024 Nissan Rogue could bring a new powertrain. More precisely, they suggest a hybrid setup, based on the company’s new ePower technology. We presume the setup would be the same as in the European-market Qashqai, with a 190-hp electric motor that runs the front wheels and a 1.5-liter turbo three-cylinder engine, which acts as a power generator.

On the other hand, standard models should continue in the same way, with the recently-introduced 1.5-liter turbocharged inline-three. The engine puts out around 201 horsepower and 225 pound-feet of torque and comes with a CVT. The overall performance is average at best but on the other hand, fuel economy is excellent. You may count on 30 mpg in the city and 37 mpg on the highway.

We expect that the 2024 Nissan Rogue will arrive sometime in the second half of 2023, with a starting price of around 28.000 dollars. Of course, key competitors will remain the same, which are models like Subaru Forester, Honda CR-V, Ford Escape etc.