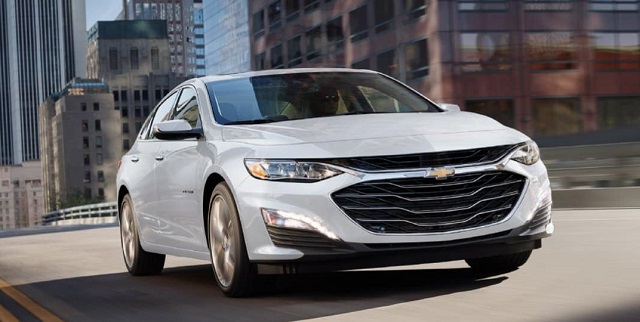 Although the previous reports were suggesting the discontinuation of one of Chevy’s longest-lasting nameplates, it looks like the GM management changed its mind recently. Namely, the latest reports suggest that the company will make another generation of this sedan and that the new generation will arrive in 2025. The reasons for such a decision are pretty obvious – in the first three quarters of 2022, the company sold nearly 80.000 units during the first three quarters of the year, which is two times more compared to the same period of 2021. Simply, not every buyer looks for a crossover. Some of them still want a comfortable but also affordable mid-size sedan, and we will pretty sure such a trend will continue in the future. Therefore, the 2024 Chevy Malibu should represent the final production year of the current generation.

This would mean no bigger changes, as we are talking about the final model. We expect to see a familiar design, with familiar strong points. We like Malibu because of its spacious cabin, good fuel efficiency and, of course, affordable price.

The current generation has been around since 2016 and it is among the oldest models in the class. However, it still looks decent enough, thanks to the 2019 update, which brought a couple of styling updates. In any case, we don’t expect to see styling changes for the next year, though minor tweaks like new color options are always possible.

In terms of mechanics, things are pretty familiar. This sedan rides on a good-old E2 platform, sharing most of the parts with the Buick Regal and Opel Insignia. The ride quality is pretty decent – the Malibu may not be as athletic as Honda Accord but it offers reasonable performance in a combination with reasonable comfort.

The interior of this sedan is a kind of a mixed bag and the 2024 Chevy Malibu won’t be much different. Simply, the current generation has been around for a while and it has started to show its age. The dashboard features an outdated look, while the materials aren’t particularly impressive either. Still, everything seems assembled decently, so despite the lack of fine materials and modern aesthetics, the overall quality seems OK.

On the other hand, the Malibu offers a lot of space on the inside. You may count on two roomy rows of seats, which both accommodated adults with ease. The driving position is also pretty good, but we don’t like the front seats in terms of comfort and side support, which could be way better. You may count on 15.7 cubic feet of trunk space, which is a typical cargo volume for the class. The rear seats don’t fold flat.

Since we are talking about the final production year, we are pretty sure that Chevy won’t change much in terms of standard and available equipment. Most things should remain the same as in the current model, which comes standard with an 8-inch touch screen, a Wi-Fi hotspot, Bluetooth, a six-speaker stereo, a USB port and wireless Android Auto and Apple CarPlay. The list of standard equipment also includes proximity keyless entry and push-button start.

The more capable 2.0-liter turbo-four has been discontinued, so this mid-size sedan remains available with just one powertrain option. That’s a smaller, 1.5-liter turbo-four engine, which puts out around 160 horsepower. It comes coupled with a CVT transmission and although it’s great for daily commuting, it lacks power on the open road.

However, that’s compensated by pretty good fuel economy, which goes around 27 mpg in the city and 35 mpg on the highway.

We expect that the 2024 Chevy Malibu will hit the market sometime in the last quarter of the year, with a starting price of around 25.000 dollars.