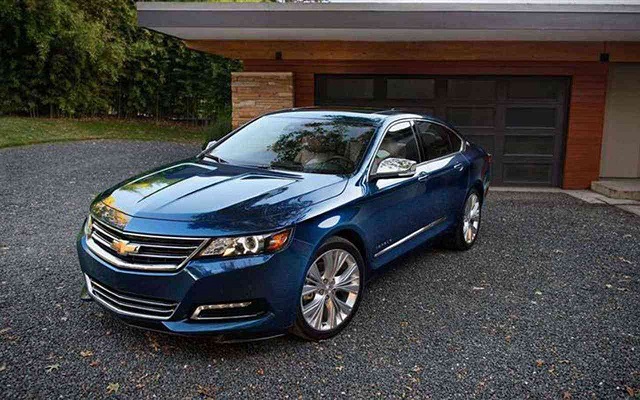 One of the things that many car enthusiasts can’t get over these days is the decline of the sedan market. More and more people are turning to crossovers, due to modern trends in the market. On the other hand, many sedans faded away, including some iconic nameplates. The latter particularly refers to General Motors, as the company ditched a few legendary, long-living nameplates in the last few years. Impala is among them – originally introduced in 1958, this large sedan was produced until 2020. It was discontinued from the market due to slow sales, but that didn’t stop enthusiasts from making their CGI concepts for the next generation.

One of them was made by a virtual artist called jlord8, who presented what would the new Impala look like. We can obviously see influence from other GM models, including CT6 and Chevy Camaro. The render looks great, and it definitely made us think about the possibilities of a comeback.

2024 Chevy Impala: Is There A Reason For Optimism?

At this point, it looks like the 2024 Chevy Impala won’t happen. Simply, the current situation on market has killed many large sedans, so a revival doesn’t seem very likely. However, the thing that gives us a bit of hope is the fact that the same scenario was expected with a little bit smaller Malibu. The mid-size sedan was expected to be discontinued by 2024 but the company suddenly changed its mind and now we are getting reports about the next generation arriving in 2025.

The reason for such a twist is that the current economic situation isn’t great and that buyers don’t necessarily was expensive SUVs anymore, at least some of them. That gives us hope that more and more buyers will start to consider buying a proper sedan, which definitely wins in the “value for money” comparison.

So, if we take that the Impala could come back at some point, we think that there are a few possible scenarios for the revived model. Of course, the first one would be t see the 2024 Chevy Impala with a familiar design approach. This means we would have a classic design approach, a 4-door sedan with full-size dimensions. The old design approach would be combined with modern technology, which means that the new generation would be riding on GM’s new VSS platform. We are talking about the VSS-F iteration, so things wouldn’t be significantly different compared to the previous model. We would see an FF layout, with a transversally mounted engine and front-wheel drive.

The previous generation was offered with both four-cylinder and V6 engines. We presume that the new generation would rather rely on a turbo-four engine, with better efficiency.

Of course, there is also the possibility to see an all-electric Impala. Old, beloved nameplates, used for new EVs – that’s been a practice among many carmakers in recent years, so we don’t see a reason why Chevy wouldn’t do the same. After all, there are several examples in the GM, starting from the revived GMC Hummer, all-electric Chevy Equinox etc.

In such a scenario, the 2024 Chevy Impala would come as an all-electric sedan, something that’s currently missing on market. Moreover, the well-known nameplate could be for an all-electric crossover as well. Ford already did such a thing with Mustang, so we don’t see a reason why Chevy wouldn’t do the same with the Impala. In such a scenario, we would probably see a mid-size crossover, considering that the compact Equinox is on the way.

At this point, the 2024 Chevy Impala comeback is just a rumor, so take this article with a big reserve.