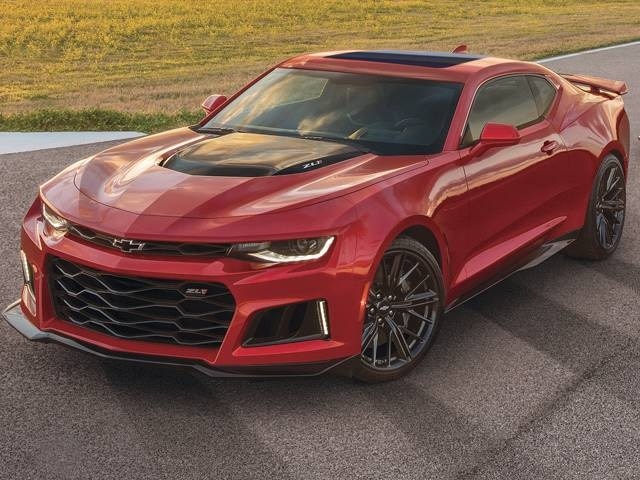 The future of one of the most iconic muscle cars is still uncertain. While there are many reports that suggest all-electric iteration in the future, none of them came up with the year of launch. Therefore, we believe that the current generation could remain in production for some more time, probably for another few years. This clearly indicates that the 2024 Chevy Camaro will carry on, probably without more notable changes.

That means that you may count on a familiar design, which hasn’t changed much since its initial launch in 2016. Of course, we saw a couple of visual updates but the mechanical aspect remained the same. Once again, you will get a choice of various powertrain options and once again, Camaro will offer a lot of performance for the asking price. Minor updates are always possible, while some sources also speculate about a special version, which would celebrate the nameplate’s legacy.

So, the 2024 Chevy Camaro will carry on in the same way, with the design that was introduced in 2016. This muscle car rides on the older version of GM’s Alpha platform, with a typical FR layout, with a front-mounted engine and rear-wheel-drive. In a typical muscle car manner, the suspension setup is rather simple, though you can opt for various upgrades, such as performance suspension components, lowered ground clearance, sway bar upgrade and even Magnetic Ride Control.

In terms of aesthetics, we are about to see the same styling, which was updated a few times, in 2018 and 2020. Furthermore, the company offers a couple of appearance packages that accentuate the model’s sporty character. For the 2024 Chevy Camaro, some sources speculate about a new, special version. Allegedly, that would be an anniversary edition, with a lot of details and features that celebrate Camaro’s legacy.

As we already mentioned, the Camaro offers great performance for the price and the main trade-off is on the inside. There, you can notice that the company tried to save some money and make production cheaper. As a result, you will hardly mistake Camaro for a luxury vehicle. There are many areas with low-rent materials, while the dashboard doesn’t look particularly attractive either. The infotainment system, on the other hand, is quite intuitive.

The front seats are spacious and comfortable, with decent support. Also, we like the driving position in terms so ergonomics, though small glass surfaces make outward visibility not particularly great. What’s also bad is the amount of space in the second row, which is really tight if we consider exterior dimensions. The same complaint goes to the cargo area, which offers no more than 9.1 cubic feet of trunk. The convertible is even worse, with just 7.2 cubic feet of trunk space.

When it comes to safety, base models will come only with a rearview camera and a Teen Driver system. On the other hand, the list of options should include forward collision warning, blind-spot monitoring, rear cross-traffic alert, head-up display, rear parking sensors, rearview camera mirror etc.

We expect the 2024 Chevy Camaro to arrive sometime in the second half of 2023. The starting price should go around 26.500 dollars, while models like Ford Mustang and Dodge Challenger will remain key competitors.