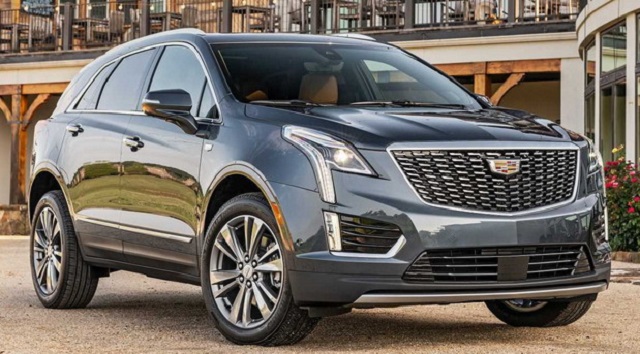 According to the officials, the next generation of Cadillac XT5 will be offered exclusively in China. On the other hand, future plans for the U.S. market are all about electrification. Since the electrification will certainly take time, we are pretty sure that the current generation will remain in production for some more time. This is a clear indicator that the 2024 Cadillac XT5 is about to carry on in the same way, without more important changes.

This means that you may count on a crossover that still has a couple of good things to offer, despite the age. It offers decent performance, along with pretty good fuel economy. Furthermore, the cabin is spacious, while the list of standard equipment is pretty long too. On the other hand, some of the key drawbacks are things like firm ride and subpar interior quality.

Since there are no significant changes to come, we presume that the 2024 Cadillac XT5 will hit the market sometime in the second half of 2023.

As we’ve just mentioned, no bigger changes are expected for the 2024 Cadillac XT5. The current generation has been around since 2016 but it still looks nice. The styling is attractive, even though it doesn’t follow the brand’s latest design philosophy. Therefore, the bigger updates we could see are the minor ones, such as new color options.

The same thing is with mechanics. This SUV rides on a good-old C1 platform, with around 112.5 inches in wheelbase. Of course, we are talking about an FF layout, with standard front-wheel drive and an optional AWD system. The handling is decent though the suspension setup is on the firm side, which can definitely be felt inside the cabin. The ride is even firmer if you pick optional 20-inch wheels.

Interior changes aren’t expected either. We count on the same layout, which still has a lot to offer. This particularly refers to the passenger space, which is pretty generous. Both rows accommodate adults with ease. The front seats are massive and supportive, while the driving position is good.  Another strong point of this crossover is the cargo area, which is good for about 30 cubic feet of cargo space behind its rear seats and 63 cubic feet of the total cargo volume. That’s very good for the segment.

On the other hand, the downside of this cabin is the build quality. Although it looks nice, this interior features subpar quality for the segment. Simply, several areas are covered with plastics and similar materials, which is something you don’t expect to see in a vehicle that competes with models like BMW X3 and Audi Q5.

This aspect definitely won’t change and the 2024 Cadillac XT5 will continue with two familiar powertrain options. Base models will continue with a 2.0-liter turbo-four, which puts out around 235 horsepower. It offers fairly decent performance, while we particularly like its above-average fuel economy, which goes around 22 mpg in the city and 29 mpg on the highway.

The base engine should satisfy most shoppers. For those who are more ambitious, there is the optional 3.6-liter V6 with 310 horsepower. It offers notably better performances, while the ride is also smoother. Furthermore, you may also count on pretty decent fuel economy that goes around 19 mpg in the city and 26 mpg on the highway.

Both engines come coupled with a 9-speed automatic transmission, which works well. The max towing capacity goes up to 3.500 pounds with the V6 engine.

We expect that the 2024 Cadillac XT5 will hit the market sometime in the second half of 2023, with a starting price of around 45.000 dollars.