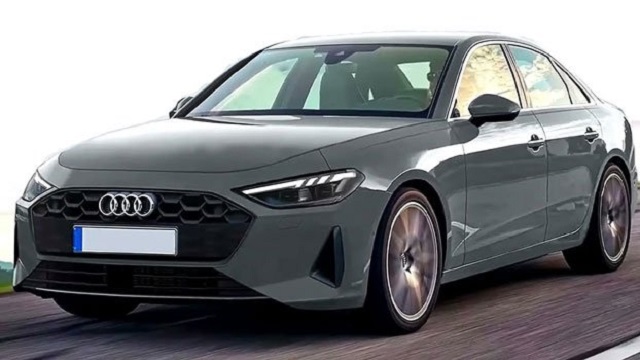 Audi’s compact sedan has been around for a long time, so it’s no wonder that sales numbers started to go down. Around 10.000 units have been sold in the first 9 months, which is 25% less compared to the same period in 2021. That’s not a surprise if we consider that the current generation was launched in 2016. Nevertheless, the Ingolstadt company has been working on the next generation for a while and the new model should be ready to arrive the next year, as the 2024 Audi A4.

From what we know so far, Audi will introduce mostly evolutionary changes. This will probably be the last generation with internal-combustion engines, so everyone expects to see a familiar design and technical solutions. Still, some novelties are possible in North America, such as a hybrid version.

As we’ve just mentioned, the next generation of the popular sedan is already in development. From what we know so far, most of the changes will be evolutionary. This particularly refers to the mechanics. We are about to see an updated version of the familiar MLB platform. Most of the things should remain the same, while we expect to see some fine-tuning of suspension and chassis setup.

The test mule has been spotted several times and as it still wears complete camouflage, it’s hard to talk about aesthetic details. On the other hand, we can clearly see the overall shape won’t change much. Once again, the A4 will come both as a sedan and as a station wagon. The front end, although camouflaged, shows a bigger hexagonal grille, while we can also see slight headlights reshaping.

If you are familiar with the philosophy of this carmaker, you know what to expect from the new cabin design. The 2024 Audi A4 will bring evolutionary changes, with a pretty conservative approach to the dashboard design. OF course, further improvements regarding materials and build quality are expected, while the biggest change will be new screens. From what we can see, the new model will come with a large digital instrument cluster and an even larger, tablet-like infotainment screen. Still, some sources suggest that the Ingolstadt engineers will keep some physical controls under the infotainment screen, which is definitely we look forward to. Another notable novelty will be a new steering wheel, which will probably be the same as in the Q4 e-tron, with touch-sensitive controls and mounted paddle shifters in all versions.

Considering that no bigger changes in terms of overall dimensions are expected, so the number of passenger rooms should remain pretty similar. This would mean a couple of spacious rows of seats and the ability to accommodate four adult passengers. The current generation features around 12 cubic feet of cargo space, which is below average for the segment.

Considering that the new generation will continue riding on the MLB platform, it’s pretty much for sure that the engine lineup will remain pretty similar. Therefore, base models will continue with a familiar 2.0-liter turbo-four, which is available in two variants, with 201 and 261 horsepower. Of course, the upcoming redesign could bring some power increase for each unit. The engine currently comes coupled with a 7-speed dual-clutch transmission.

We also count on the performance-oriented S4 model. The current generation comes with a pretty capable 3.0-liter V6 with 349 horsepower, which is enough power to move this sedan from zero to sixty in about 4.4 seconds. We presume that the new model will bring some power increase but most things should remain the same.

Finally, we may see a hybrid version on offer, though the officials are still quiet about details.

We expect that the next-generation 2024 Audi A4 will hit the market sometime in the second half of 2023, with a starting price of around 40.000 dollars. Key competitors are models like Mercedes-Benz C-Class, BMW 3 Series etc.