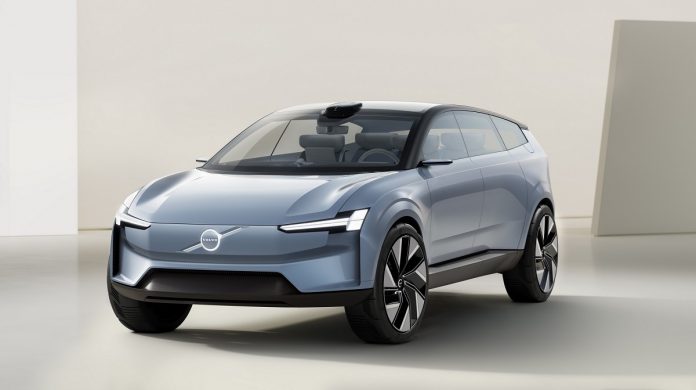 The new renderings of the upcoming 2023 Volvo XC90 just emerged, and we must admit, the third generation looks somehow different than the previous one. The famous Swedish SUV will be redesigned, featuring a new front fascia and better interior comfort.

Volvo claims that the SPA II platform will be introduced on many SUV models next year, including the XC90. In general, this platform is offering a unique floor configuration for electric applications. The fun fact is that the featured SUV will be EV-only. Volvo is currently working on new-generation battery cells and technology with an estimated driving range of 1,000 kilometers or (621 miles).

If we can believe to the images, the new 2023 Volvo XC90 will be completed redesigned. As mentioned, the upcoming third-generation will ride on the new SPA II platform that will also be introduced on many SUV models next year. Volvo claims that the platform is offering a unique floor, allowing placing large battery pack.

The new design language is present, ditching the traditional face for a flat “shield-like” design, with an restylized version of the Thor’s Hammer headlights. At the rear, we can notice some changes as well. The upcoming XC90 is featuring more attractive vertical taillights, and it gains sharper lines for better aerodynamics.

The new 2023 Volvo XC90 is one of the most technology-suited SUVs in the class. Besides, it offers a comfortable cabin and enough room to fit seven passengers through three rows. The third row has decent legroom and is still best for kids. Volvo is a known manufacturer that offers excellent comfort and support. The current base XC90 comes with simulated leather upholstery, while leather is available only on upper trims.

Standard features of this model include a 15.0-inch touchscreen, which should introduce a next-generation infotainment system. The other Scandinavian features include a heated seat/steering wheel/wiper blades, head-up display, 360-degree camera system, massaging front seats, the fantastic Bowers & Wilkins audio system, and a self-parking feature.

As we mentioned, the new 2023 Volvo XC90 will probably be EV-only. This model will sit on the SPA II platform that will allow big battery capacity under the floor. From the latest news, the upcoming model will provide at least 340 miles (547 kilometers) of driving range to keep up with Tesla`s Model X model.

Moreover, Volvo currently tests the new-generation battery cells with an estimated driving range of 1,000 kilometers or (621 miles). However, they stated that this type of battery would be premiered sometime in 2024 or 2025.

According to many reports, the release date of the third generation 2023 Volvo XC90 will happen next year. As we said, the concept images of the recharge model are available, and the upcoming model looks much more futuristic than the outgoing model.

Considering many updates and the new platform, we think that the new SUV will cost drastically more. The current model cost between about $50,000 and $80,000, depending on trim level and equipment. However, the new fully electric model will surely push the price much higher.