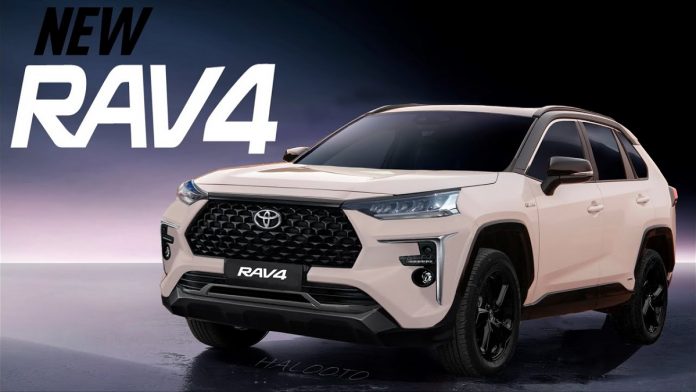 If you’re looking for an SUV that has a quiet interior and comfortable ride quality, then don’t forget to check out the upcoming 2023 Toyota RAV4. As far as we know, RAV4 is likely to receive some small upgrades regarding styling for 2023.

There’s a good chance that the 2023 Toyota RAV4 will receive some small upgrades that should make it more attractive. The last generation of the RAV4 was debuted in 2019, and so far, this SUV has dominated in the segment with its look. From information that we got, the forthcoming Toyota RAV4 will continue to wear the same front fascia with an attractive grille.

The manufacturer could make some changes making headlights more thinner, similar to the one that we saw on the latest Toyota bZ4x model. However, don’t expect significant changes and upgrades at all. Anyway, the Toyota RAV4 is still great SUV that’s standing side by side with rivals such as the Honda CR-V, Mazda CX-5 and Nissan Rogue.

The 2023 Toyota RAV4 will keep the same interior design as the current model. Of course, we can expect some refreshments including a cleaned dashboard with minimal lines and straightforward controls. The infotainment screen of 8-inch sits atop the dashboard, while you could see an even bigger one in the RAV4 Hybrid version.

Beneath the hood, the 2023 Toyota RAV4 offers a few engine options. Basically, you can choose a base model that uses a fuel-conscious 2.5-liter 4-cylinder with a reasonable blend of power and economics. On the other hand, Toyota also takes advantage compared to its rivals of offering both hybrid and plug-in hybrid variants.

The RAV4 Prime is the best option that provides around 40 miles of electric driving range and the total combined output of 302-horsepower. Unfortunately, we don’t believe that a turbocharged engine will be added to the range to compete with the Mazda CX-50.

We expect the new 2023 Toyota RAV4 to arrive later this year without major upgrades and changes. The starting price of this compact SUV is approximately $27,000. The mid-range model will cost between $30,000 to $35,000, while the rugged-looking TRD Off-Road starts at about $36,000.

Compared to rivals in the same subcompact segment, the RAV4’s pricing is in line with models such as the Volkswagen Tiguan, Kia Sportage, and Ford Bronco Sport.