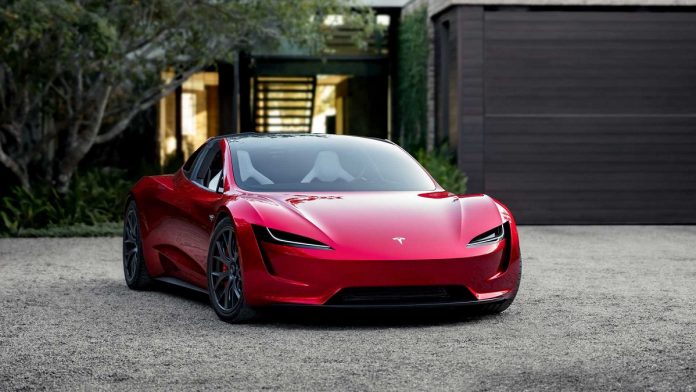 The all-new 2023 Tesla Roadster has been announced, and it should be more attractive than the popular Model S. Originally slated to make its return later this year, the new Roadster will rush into the market with significantly more driving range and a much higher level of performance.

Tesla CEO Elon Musk claims that performance of the new model is boasted, and it should now run to 0 to 60-mph in less than 1.9 seconds. On top of that, the Roadster will use a 200-kWh battery, which should provide up to 620 miles of range. However, we believe that this range can only be achievable under very light use.

Is Tesla Roadster a Supercar?

The new 2023 Tesla Roadster is an all-electric supercar that looks really aggressive. It features very sleek lines and front fascia that dominates with eye-catchy shaped headlights. According to Tesla, this Roadster maximizes the potential of aerodynamic engineering, which makes it the quickest sports car in the world.

We expect Tesla to offer this model with the latest and greatest driver-assistance technology. From information that we got, the new car will include its famous Autopilot semi-autonomous driving system, standard automated emergency braking with pedestrian detection, lane-departure warning with lane-keeping assist, and adaptive cruise control with a semi-autonomous driving mode.

Considering that the 2023 Tesla Roadster is merely a concept, we don’t know what the final product will bring on. As shown, the Roadster concept looks attractive, and it features a very modern cabin. This four-seater comes with a removable glass-panel roof, which can be stow in the trunk. However, the rear seats may not fit adults comfortably given the dramatically angled roofline.

So far, there is no vehicle in Tesla’s lineup that offers services such as Apple CarPlay, Android Auto, or Amazon Alexa compatibility, but we guess the new Roadster could be the first one to have it. Buyers should also expect onboard Wi-Fi hotspot, and a host of apps such as Netflix, Hulu, and YouTube.

Musk noted that the new 2023 Tesla Roadster would be able to run from 0 to 60-mph time in less than 1.9 seconds. It should also provide a maximum speed of more than 250 mph. That’s outrageous, and the Roadster seems to be quicker than its rival, the gasoline-powered McLaren 570S.

The new model will also use a 200-kWh battery that should provide at least 620 miles of range on single charge. At the moment, EPA hasn’t released its ratings for the Roadster’s fuel economy. However, we expect it to provide at least 75-mph highway fuel-economy.

How Much Will the 2023 Tesla Roadster Cost?

The new 2023 Tesla Roadster will go on sale later this year, featuring very attractive and sporty styling. Tesla claims that the base Roadster will start at $200,000, while a limited-edition Founders Series will cost about $50,000 more.

Unfortunately, they didn’t reveal any differentiates on the mentioned models. As the name said, there will be only 1000 Founders Series models available to purchase. So, if you are a huge fan of this type of car or a collector, you can reserve your model on Tesla’s website.