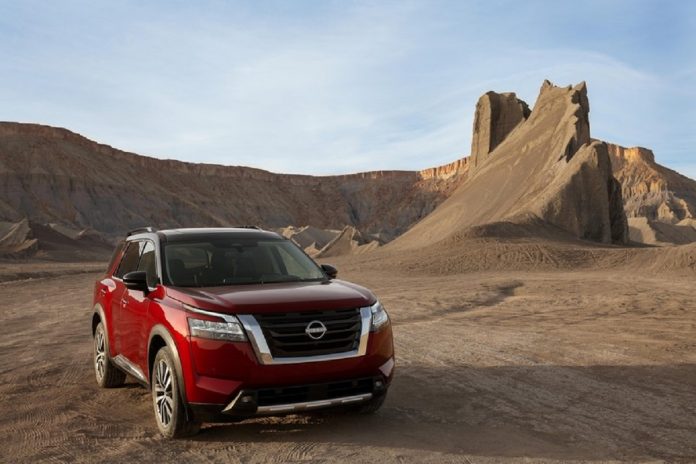 The new 2023 Nissan Pathfinder has been confirmed, and we can expect this model to go on sale next year. If you didn’t know, the fifth-generation Pathfinder was introduced last year with all-new design, powertrain, and tech. Considering that this crossover is still fresh, we expect the next Pathfinder to be a carryover model.

Besides attractive design language, the forthcoming SUV will also bring a lot of new technology inside. The current Pathfinder is available with an amazing 12.3-inch digital gauge cluster, 10.8-inch head-up display, and a 9-inch touchscreen with Android Auto and Apple CarPlay. So, the new one will bring even more technologies and driver assist features.

The design of the 2023 Nissan Pathfinder was inspired by the latest Armada model. As such, this SUV looks stronger, purposeful, and more capable than other models in the Nissan lineup. It features a blunter face with a handsome V-Motion grille, a flatter hood, a wider stance, prominent fender flares, and reduced front and rear overhangs. For 2023, the manufacturer also added more larger tires, resulting in a rugged look. The design at the rear is muscular and the Nissan emblazoned wide LED taillights.

As far as we know, this SUV is available in fourteen colors including five new 2-tone treatments. You can get Scarlet Ember with Super Black Metallic and the outdoorsy Obsidian Green Pear, which is one of our favorites.

Inside, the new 2023 Nissan Pathfinder is stylish yet roomy. It features a rugged, sporty, and modern combination that makes it look premium. We like its simple dash setup with a” floating” infotainment screen, clean HVAC interface, and flat-bottom steering wheel.

Tech is plentiful inside, and this SUV is available with a 12.3-inch digital gauge cluster, 10.8-inch head-up display, and a 9-inch touchscreen. Android Auto and Apple CarPlay are also standard, just like the amazing audio system. On top of that, buyers can even load the Pathfinder with more luxury on upper trims. You can get quilted semi-aniline leather seating, 360-degree camera, ProPILOT Assist semi-autonomous driving system, and so on.

As for the powertrain, it’s more than likely that the 2023 Nissan Pathfinder will keep the same solo engine. Under the current Pathfinder’s hood is a potent 3.5-liter V6 powertrain that produces 284 horsepower and 259 pound-feet of torque. The power of the SUV heads through a nine-speed automatic transmission to the front wheels in standard form.

Nissan’s Intelligent 4WD is available as well, but only as an option. We expect this powertrain to remain unchanged despite the fact that many believe that it will be boosted to produce more output.

At this moment, there is no official on-sale date yet for the 2023 Nissan Pathfinder. Based on some rumors, we can expect it to arrive in the summer of 2022. Like the debut date, pricing is also unconfirmed. However, considering some small changes and upgrades, the forthcoming SUV will likely to remain close to the current model’s MSRP range.

The current model starts at $34,560 for the base model, and it can go up to $50,000 for the fully loaded model. In the same ballpark with the Nissan Pathfinder are midsize three-row crossover such as the Ford Explorer, Honda Pilot, and Kia Telluride. 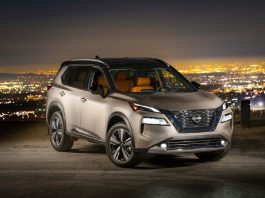 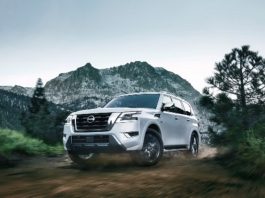 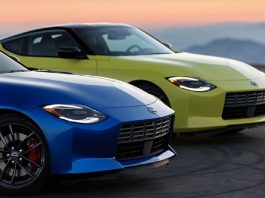 2023 Nissan Z Is Everything That you Have Ever Wanted