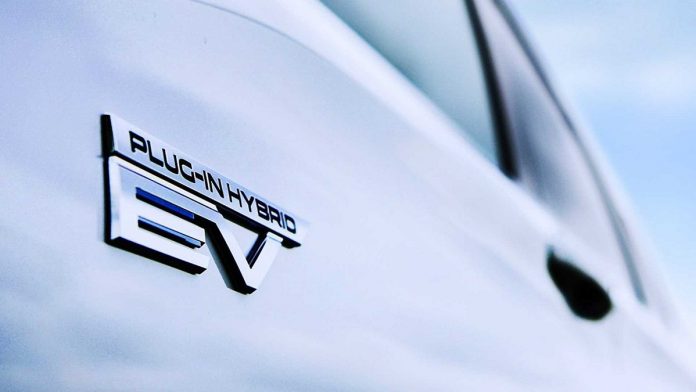 The 2023 Mitsubishi Outlander PHEV model has been teased ahead of its reveal. The new SUV looks refreshed, and according to Mitsubishi, we can expect plenty of upgrades and improvements. In general, the PHEV variant shouldn’t look dramatically different from the gas-powered version. It will come with a new powertrain badging, and it should hosts a few minor styling tweaks. Unfortunately, at this point, there are no technical details available.

However, the most exciting news is that Mitsubishi announced the next-generation Outlander PHEV, and we can expect it to be on sale in Japan in the second half of this year. The U.S. version, however, will have to wait until the second part of 2022.

The new teaser image of the upcoming 2023 Mitsubishi Outlander PHEV reveals some upgrades on the new SUV. First of all, the design language will remain the same, with some minor changes and new underpinnings.

The two images are available, and from both, we first noticed PHEV lettering and an attractive rear end. The new taillights are present, and they are literary thinner than before. On the side, the charging port is present, as well as the black flare fender. We also expect the front fascia to be redesigned, including a new grille, headlights, and hood.

On the inside, we don’t expect some significant upgrades compared to the current model. Of course, the manufacturer will try to make a more comfortable cabin by adding more materials and gadgets. The current SUV offers three rows of seats and enough room to fit seven passengers.

Also, the Outlander is available with a 12.3-inch digital instrument cluster and a 9-inch center screen. Other available features include wireless smartphone charging, Android Auto and wireless Apple CarPlay, a 10.8-inch head-up display, and semi-aniline leather seat upholstery, navigation, and a 10-speaker Bose audio system. We also should expect more driver aids and a much better rating.

A plug-in hybrid system will power the upcoming 2023 Mitsubishi Outlander PHEV. This model will most likely use a gas engine delivering an output of 126 horses and 148 lb-ft of torque. Combined with the electric motor, this unit should make at least 221 hp, which is a 31 hp boost over last year’s model.

The battery’s output from what he heard will also be increased from 12.0 kWh to 13.8 kWh. Thanks to that, this SUV will provide an all-electric range of 24 miles and a top speed of 83 mph. As for the fuel economy, many believe that it will be 74 MPGe and 26 mpg. In any case, an all-new Outlander PHEV will be way powerful than before.

The freshly redesigned 2023 Mitsubishi Outlander PHEV SUV will reportedly hit stores in Japan in the second half of this year. However, the U.S. buyers will have to wait until the second part of 2022. Many believe that this SUV will be the company’s next best-seller, and it should cost between $38,000 and $39,000 for the base model.