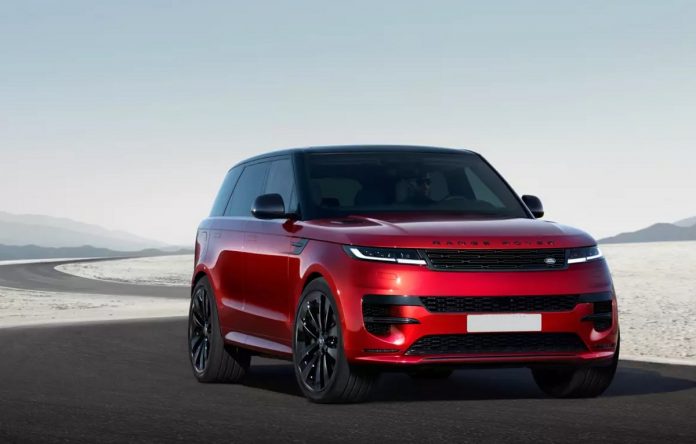 After redesigning its flagship Range Rover model last year, the manufacturer is turning its attention to the 2023 Land Rover Range Rover Sport. According to news, the forthcoming model will arrive later this year with a new powertrains. Beside new engines, the third generation SUV will also receive some styling tweaks, interior refinements, and a technology reboot.

The SUV is a top-tier Range Rover, and it is worth mentioning that it’s above the Range Rover Velar and Evoque models. Orders are open now, and you can get this model for $84,350 in SE trim. However, if you’re looking for something unique, the first edition is an answer.

At first glance, the upcoming 2023 Land Rover Range Rover Sport looks more attractive compared to the outgoing one. First of all, it features a sleeker exterior thanks to many upgrades. The front dominates with a new grille and lower bumper design with redesigned LED headlights.

We also noticed a slimmed-down daytime running lights and some rear noticeable updates. On the back, the Sport model now includes a restyled tailgate and a single bar which incorporates revised taillights and the “Range Rover” lettering. Also, the updated SUV features now smoother lines, a higher shoulder line, and updated lower fenders.

Inside, the Land Rover Range Rover Sport looks way more modern than the outgoing version. Even with the base SE trim, drivers can enjoy the updated cockpit with a new center console and redesigned gear selector. According to Land Rover, the current dual 10-inch touchscreens are swapped for a single 13.1-inch tablet-style screen.

The 2023 Land Rover Range Rover Sport will come with a refreshed line of engines on higher trims. The base model SE still uses a 3.0-liter turbocharged six-cylinder with 355 horsepower, while SE Dynamic comes with a 3.0-liter six-cylinder plug-in hybrid with 434 hp.

The Autobiography is one of the most favorite models that produces 523 horses thanks to a 4.4-liter turbo V-8. Interestingly, the performance-oriented First Edition model that replaces the SVR trim will use a new twin-turbo 4.4-liter V-8 engine that should produce around 550-hp. All engines will be paired to an eight-speed automatic transmission using all-wheel drive.

As you may notice, the Range Rover Sport is more expensive than the rivals such as the BMW X6 $68,345, Audi Q8 $70,300 and the Porsche Cayenne at $73,650. All mentioned models above are expected to arrive at dealerships in the fall of this year.