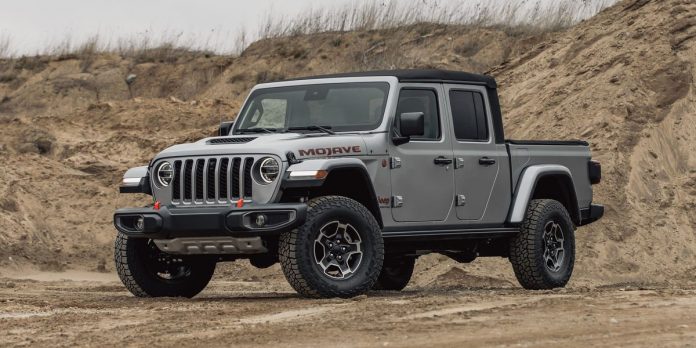 The much more handsome 2023 Jeep Gladiator is coming, according to the latest news. The new pickup truck will be refreshed and it will arrive later next year. Perhaps the most exciting news is that it will alongside gasoline and diesel engine be offered with a hybrid powertrain.

Many believe that after the Wrangler 4Xe model, the same treatment will be used on the upcoming Gladiator. Considering that Gladiator is only a year old model, we don’t expect to see any significant exterior changes. As before, the Gladiator will continue to be based on the Jeep Wrangler SUV, which is available in a variety of trim levels.

From the latest rumors, the forthcoming 2023 Jeep Gladiator will ride on the modified platform. In addition, the platform will allow this pickup truck to gain a large battery and some benefits over the previous one. As mentioned, many rumors are available regarding a hybrid variant, so the upgraded platform is likely.

In terms of design, at this point, we don’t know what will be changed, but we at least expect a much more attractive front end and plenty of new stuff inside. Like its predecessor, the Gladiator will be proportionally the same, offering enough room to fit five passengers. Sport trim level is pretty basic, and the current model includes cloth upholstery, a folding soft top, and a 5-inch infotainment display. Generally speaking, we expect some Overland features to be transferred to the Sport trim like a 115-volt outlet, Apple CarPlay/Android Auto, two USB-C ports, and a 7-inch infotainment touch screen.

The upcoming 2023 Jeep Gladiator will be available with a few engines. The base model will use a reliable 3.6-liter V6 gasoline engine, which also powers most Jeep cars. This engine is capable of producing 285 horsepower and a torque of 260 lb-ft. It also sends power via a six-speed manual and an automatic eight-speed transmission.

Besides this engine, the manufacturer also offers a 3.0-liter V6 diesel powerplant optionally. The diesel version delivers 260 horsepower and torque of up to 442 lb-ft. An eight-speed automatic transmission is available as the only option choosing the diesel engine. As of consumption, we expect the petrol model to provide combines 19 mpg, while diesel engine should supply nearly 25 mpg.

The most exciting news is that Jeep will also introduce the Gladiator 4xe model. This hybrid pickup truck will be able to produce 375 horsepower and 470 lb-ft torque. It’s the most powerful engine in the Gladiator lineup. On top of that, the manufacturer will add a 17kWh battery that should deliver at least 25 miles of all-electric power supply.

Reportedly, the new mid-size pickup truck 2023 Jeep Gladiator will go on sale later next year, and it will cost around $35,000, for the entry-level Sport trim. As you can notice, the new model costs $2000 more than the current gen.

In general, the price of other trim levels will vary depending on equipment. For example, choosing a range-topping Mojave trim, price will jump to around $45,250. When released, the new 2023 Jeep Gladiator will rival models such as the Toyota Tacoma, Ford Ranger, and Honda Ridgeline.

2024 Jeep Recon Is Unmistakably Influenced by the Legendary Wrangler