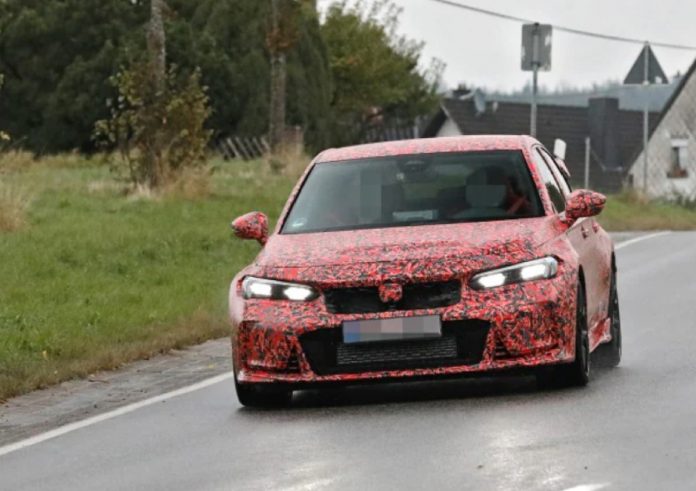 The American most-selling compact car, the Honda Civic, is getting a makeover for the next year. Based on news, the 2023 Honda Civic could roll into a new year with lots of updates, and we can expect the sporty Si model to join the Honda performance stable as well as the high-performance Type R.

Last time this car got a complete redesign in 2021, so the Civic lineup will be expanded for most hardcore driving enthusiasts. As before, under the hood, the new Civic will be carryover. This car uses a 2.0-liter 4-cylinder producing 155-horsepower. However, more output buyers will get with an optional turbo 1.5-liter 4-cylinder, which is available on higher trims such as the EX, EX-L, Touring, and Sport Touring models.

Having been completely redone last year, the 2023 Honda Civic lineup should continue with only small changes related to trims. This model has almost the same look as the baby Accord. One thing’s for certain, the sophisticated-looking compact sedan looks attractive and is very eye-catchy.

The front of this car features an attractive mesh grille and headlights that get a minimalist treatment. However, the new Civic Si is characterized by a hidden front spoiler and a gloss-black trim around mirrors and windows. Also, the Si has a pair of oval-shaped exhaust outlets as well. More sporting Type R is coming as well, and we can expect this model to come with a more aggressive stance.

Inside, the 2023 Honda Civic Honda looks handsome, featuring a clean dashboard with a digital tachometer and an analog speedometer. This car is also comfortable, offering a trunk volume of 14 cubic feet for the sedan and 24.5 cu ft for the hatchback variant. Of course, you can split 60/40 seats and fold forward to add even more cargo capacity.

Honda says that seats are very supportive, and they are based on a new-generation frame that provides plenty of comforts on long drives. As before, the Honda Civic comes standard with a 7-inch touchscreen or an optional 9-inch screen. It supports wireless Apple CarPlay/Android Auto, which is a big plus. The new Civic Si offers more sporting abilities, thanks to a body-hugging sport seat with built-in headrests and better supports for the shoulders and thighs. The Si also includes a mighty 12-speaker Bose audio system as well as the 7-inch touchscreen.

Under the hood, everything will remain unchanged. That means we can expect the 2023 Honda Civic to use the same 2.0-liter 4-cylinder that serves as the entry-level engine. The engine is capable of producing 155-horsepower. As an optional feature, you can get a more potent 180-horsepower turbo 1.5-liter 4-cylinder that is available on higher trims such as the EX, EX-L, Touring, and Sport Touring models.

We expect a continuously variable automatic transmission (CVT), and 6-speed manual to be available as well. When it comes to the 2023 Civic Type R, it will use a turbo 2.0-liter 4-cylinder, delivering no less than 305 horsepower.

The performance model Civic Type R is a great option if you’re looking for something unique. The price of this model is $40,000. Speaking of which, it should arrive to market later this year, just like other Civic models.