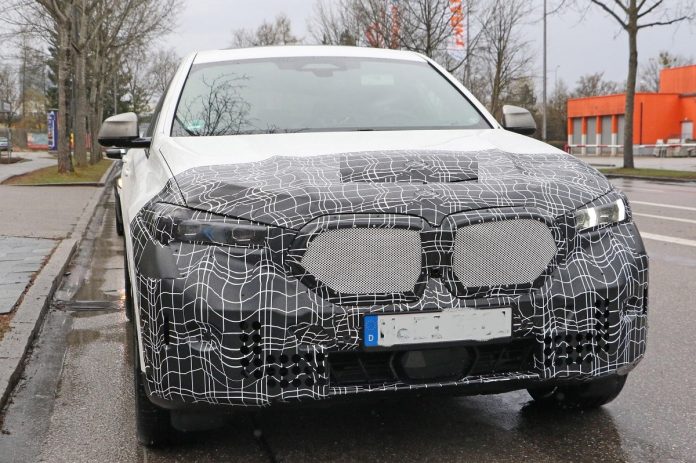 The new-generation 2023 BMW X6 has finally been spied facelifted, and it is expected to be launched sometime next year. Based on the popular X5 model, the new SUV will receive a mid-life update for the next year. As we can see, the manufacture will try to make this SUV more attractive and to lure many buyers.

First and foremost, the exterior looks way better than before, just as it does its interior. Unfortunately, it’s unclear if there will be any changes under the bonnet of this model. Like before, the BMW X6 rides on the same modular CLAR platform, and it should once more compete against rivals like the Mercedes-Benz GLE and Porsche Cayenne.

The 2023 BMW X6 was spied two days ago, wearing mild camouflage. Based on the latest X5 model, the new X6 looks attractive, sharing many design elements. However, the most apparent change to the caught SUV over the previous model is the slimmer headlights with a redesigned lighting signature.

We also noticed revised and bigger kidney grille and new front bumper with reworked side air intakes. Unfortunately, like before, the sides are unchanged, only visible refreshments are more stylish wheels. The rear is getting some changes including a new, squared-off quad exhaust tips, and better taillights with a signature graphic.

Inside, the 2023 BMW X6 looks way modern than ever. Fortunately, we have some of the spy shots, and BMW seems to have refreshed the whole cabin of the upcoming SUV. First of all, we noticed more quality materials, and the X6 prototype houses a digital instrument cluster and infotainment touchscreen in one assembly.

It seems that the infotainment screen is very similar to the all-electric iX1. This model uses a 12.3-inch digital instrument cluster and a 14.9-inch central touchscreen. Besides, we expect to see plenty of standard amenities, including Apple CarPlay and Android Auto.

The M models range with output from 523 to 617 horses. It is also worth mentioning that this SUV in other markets comes with a turbocharged four-cylinder petrol.

We can reportedly expect this model to be fully introduced sometime later this year, while sales should start at the beginning of 2023. As we said, in the same segment where the BMW X6 is, there are many models and the closest rivals are the Mercedes-Benz GLE Coupe and Porsche Cayenne Coupe.