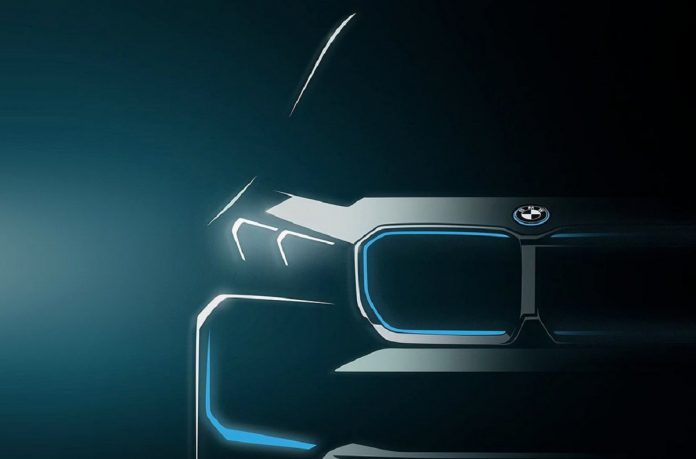 BMW is pretty busy these days when it comes to making electric vehicles. As far as we know, the German company is going to introduce some new models at the upcoming events, including the all-new 2023 BMW iX1 compact electric SUV, and the i7 flagship electric sedan.

The battery-electric iX1 will be officially launched later this year, featuring a very modern design. The new teaser rendering shows a similar design cue that we saw on the recently introduced BMW iX3. The forthcoming iX1 features an identical closed-off kidney grille with blue surrounds, and very attractive bumper accents in the same color and shape of the headlights. Probably, the teased model will likely feature a BMW M Sport package.

The third generation of the BMW X1 will arrive this year underpinned by the new modular FAAR multi-energy platform. As far as we can tell, this platform is designed to be compatible with internal combustion engines, plug-in hybrids, and all-electric. We also heard that the next-gen X1 could be way bigger than the current model, which means it would be potentially close to the X3 length of 4.70 meters or 185.0 in.

The recently released teasers shows the forthcoming SUV with a very attractive design and twin-eyed headlights. We also noticed a large and C-shaped side air inlets right below the headlamps. The new closed-off kidney grille is present with blue accents as well, giving the SUV a powerful look.

Like the BMW X1, the new iX1 model will feature a modern and comfortable cabin. Fortunately, the interior spy shots are available, and they reveal a floating Curved Display and a single, wide AC vent below the central display. In general, this is very odd considering that all BMWs traditionally have two small AC vents. Besides, the new iX1 also comes with more advanced screens and HUD compared to the iX3 model.

The manufacturer didn’t reveal any information of the 2023 BMW iX1 engine. As far as we know, the new SUV should be battery-electric powered. It will also feature a completely new platform. Moreover, the only information that officially came from BMW is that the iX1’s will have an estimated driving range between 257-272 miles (413-438 km).

So, we expect the BMW iX1 to feature the same 400-volt system as the current electric Bimmers. BMW Group is also working on the new 800-volt battery system, which will be implemented in 2025 models.

The all-new battery-electric 2023 BMW IX1 will be fully unveiled later this year. We’re expecting this model to go on sale in Q1 2023 (January-March 2023), featuring modular FAAR multi-energy platform. This platform, as we said, is designed to be compatible with internal combustion engines, plug-in hybrids, and all-electric.

The price of the iX1 is expected to be around EUR 54,000 or even more in the European market. Unfortunately, there’s no plan to release the iX1 in the United States. Tesla Model Y, Volvo XC40 Recharge, and the Mercedes EQB are the closest rivals to the new iX1 model.