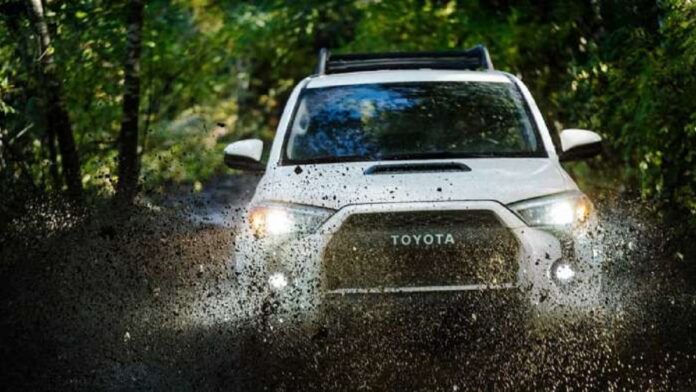 One of the best mid-size SUVs Toyota 4Runner is getting a redesign for the next year. According to the latest reports, the forthcoming 2022 Toyota 4Runner will continue to ride on the popular body-on-frame construction, and it will finally get some important updates.

Basically, this model is one of the last sport-utility vehicles that still lives on a truck platform. However, besides more rugged styling and a better-arranged cabin, this SUV might also get some mechanical changes that will affect better performance. From what we heard, the manufacturer will probably use the same V6 engine that will provide more outputs.

The most rugged SUV on the market 2022 Toyota 4Runner is getting some small redesign finally. However, from the new information, the upcoming model will mostly remain unchanged. So, don’t expect significant changes at all. The overall design is boxy, and we think that some small refreshments will happen on the front fascia. Firstly, the manufacturer will probably reshape LED headlights and make a more visible grille. That means we could see more chrome materials and enliven flared fenders on the side. The front overhang will remain relatively short, which is good for off-roader fans.

As before, of all the trim levels available, the all-wheel-drive TRD Pro looks the most rugged. This model comes with a hood scoop, skidplates, chunky tires, and raised suspension. Interestingly, every version has a roof rack as standard.

The cabin layout in the 2021 Toyota 4Runner will mostly remain the same as before. Trims that are available with this model are SR5/SR5 Premium, Limited, and TRD Off-Road/Off-Road Premium/Pro trim levels. However, even the entry-level trims are excellently equipped. Steppin in Toyota 4Runner you`ll first notice a large centre console that has the option of a 120-volt outlet and includes an 8-inch touch screen. Like before, a multimedia system support Apple CarPlay and Android Auto connectivity, which is a plus. Seats will be more comfortable and supportive, with the front seat power-adjustable.

On top of that, 2nd-row seats can be split and fold in a 40/20/40 configuration giving more passenger/cargo versatility. Folding them flat, this model loads almost 90 cubic feet. If you didn’t know, Toyota 4Runner on trims SR5 and Limited trim offers a 3rd-row seat and is more kid-friendly than adult-sized behind.

Most likely that the upcoming 2022 Toyota 4Runner will be a carryover model. That means we might again see the same potent V6 engine. The current model is using a 4.0-liter V6 powertrain that can develop 270 horsepower and 278 lb-ft of torque. However, based on the latest reports, the upcoming model could produce more than 300 horses, which is a significant improvement.

Like the previous model, the 4Runner will come with rear-wheel drive (RWD) on SR5 and Limited versions. Besides, an all-wheel-drive (AWD) system is available on the TRD models. Thanks to the potent engine, 4Runner is rated to tow a maximum of 5,000 pounds.

The official release date of 2022 Toyota 4Runner is still unknown. According to many gossips, the forthcoming model will probably be fully revealed sometime next year. The starting price will most likely increase a bit compared to the current model that starts at $37,140. In the same class one can found models such as Ford Explorer, Nissan Pathfinder, Kia Sorento, so we can expect a fierce battle.