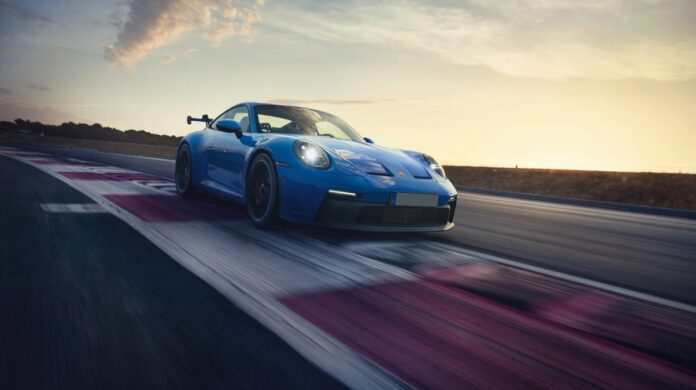 The new 2022 Porsche 911 has been just unveiled with tons of upgrades. First of all, the latest edition will get some tech upgrades and a price increase, as per the latest news. However, like the previous version, the upcoming offers Apple Carplay, and it finally gained support for the other major smartphone system.

Besides inner changes, the Porsche 911 remains an attractive sports car that doesn’t need any mechanical makeovers at all. It offers a few powerful engines, and the strongest one is a 3.8-liter twin-turbocharged flat-6 that powers the Turbo S coupe. With this engine, the Porsche 911 produces 640 horsepower and 590 lb-ft of torque.

The high-performance 2022 Porsche 911 looks sporty and elegant at the same time. This 2022 year model has managed to retain its timeless character despite incremental updates. However, Porsche still offers several different form of the same body style. The unique styling attributes start with the coupe, convertible, and Targa variants.

Generally, all of them have recognized styling that is followed by attractive rounded headlights and a sporty hood with openings on the top. The most attention took the GT3 model with more aggressive exterior and a big spoiler on the back. For the first time, a customization program called Porsche Exclusive offers buyers a choice of any exterior color of the rainbow effect.

The forthcoming 2022 Porsche 911 features more comfort inside and better technology than the outgoing model. However, like before, the seating layout remains, and all 911 versions come standard with a new 10.9-inch touchscreen display.

On top of that, the manufacturer also added better navigation, dual-zone climate control, entertainment, and communications systems. Like the popular Porsche Taycan, the new 911 offers the same simplified interface that can be personalized. Wireless and wired Apple CarPlay are also available as the Android Auto, and SiriusXM. In safety department, the Porsche 911 is bundled with Active Parking Support, a new 3D Surround View, and Rear Cross Traffic Alert with Lane Change Assist.

Generally, in this department, there is no need for changes. The forthcoming 2022 Porsche 911 is a sports car that offers a few engine options. The entry-level model deploys a 3.0-liter twin-turbocharged flat-6 producing 379 horsepower and 331 lb-ft of torque. Besides the 911 model, this engine is also available with many other models.

The high performance GT3 is available as well, and this model promises better throttle response thanks to its improved naturally aspirated 4.0-liter flat-six engine. According to Porsche, the GT3 model generates an impressive 502 hp and 346 lb-ft of torque. It also unmuffled six redlines at 9,000 rpm.