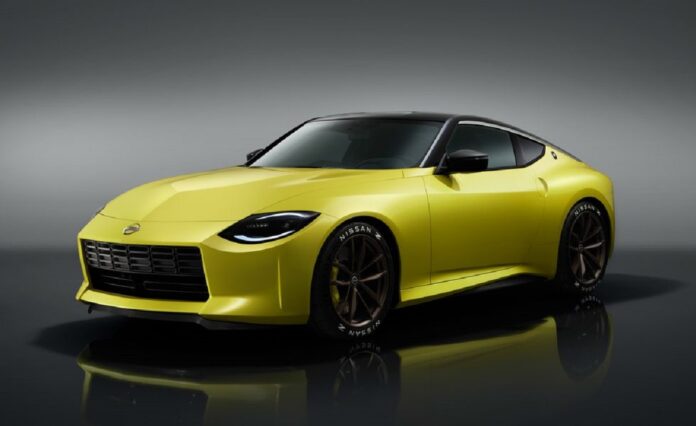 Japanese iconic sports car, Nissan Z, celebrates 50th anniversary this year. Reportedly, the manufacturer should fully reveal the new 2022 Nissan Z at some of its upcoming events. However, many photos of this intriguing concept are available, and we must admit, the Nissan Z looks like the real rival to the Toyota Supra.

If you didn’t know, the Nissan 370Z is finally retiring after more than a decade on the market. Its place will replace the new christen Z model. We also got some information about its engine, and it seems that Nissan Z will use the same unit as the Infiniti Q50 and Q60 Red Sport 400 models. Unlike most of today’s sports cars, we hope that the upcoming 2022 Z’s will bring something more unique.

As we mentioned, the Z concept photos are available, and as we can see, the new model wears recognized Nissan’s DNA. The design language is similar to what we saw on the previous 370Z model. Also, retro cues available on the new Z evoke the original Datsun 240Z model styling. Basically, the Nissan Z comes with the same rounded headlights, long hood, and stubby rear end. Even the car’s badging will hold an old-school font.

Overall, the design is kinda new, and the Nissan Z combines modern technology with the recognized Nissan design elements that nod toward the past.

Nissan hasn’t changed the layout of the 2022 Z’s cabin at all. This model comes in the form of a two-seat coupe, and it features a modern cabin. The manufacturer did a great job adding more updated materials and improvement over the current 370Z’s interior. To justify fans’ expectations, Nissan offers genuine stitched leather upholstery, power-adjustable seats, and dual-zone automatic climate control.

Under the hood, the 2022 Nissan Z model needs a very potent engine to compete with the Toyota Supra and the Porsche 718 Cayman. Reportedly, the Nissan Z will rely on a twin-turbocharged 3.0-liter V-6 that will produce at least 400 horses. The same powertrain powers models such as Infiniti Q50 and Q60 Red Sport 400.

This unit will most likely be paired with either the seven-speed automatic transmission or a tried-and-true manual gearbox. Also, like past Zs, power will be sent to the rear wheels.

The latest 2022 Nissan Z will bring more aggressive styling than the 350Z. We anticipate that the new model will reach dealerships in the United States before the end of this year. Although Nissan will initially sell the upcoming Z firstly as a coupe, we should also expect a convertible model after a year or two.

As for the price, the new Z will cost slightly higher than the 2020 model, which starts at $31,015. However, a competitor like Supra skirt the pricing, and model with four-cylinder engines start at $43,985, while six-cylinder models are $51,985.