Home Mitsubishi 2022 Mitsubishi Outlander Will Be Fully Revealed via Live Stream on February... 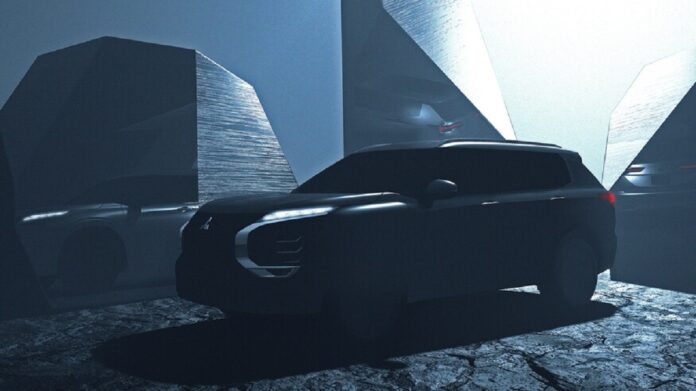 After the leaked spy shots in December, we just got some exciting information about the upcoming 2022 Mitsubishi Outlander. The redesigned SUV will be fully introduced via live stream on February 16, featuring more attractive styling and more standard equipment. Mitsubishi company recently stated that the new Outlander would share many components with the upcoming Nissan Rogue model.

Besides exterior and interior redesign, the forthcoming model will most likely underpinnings the new 2.5-liter inline-four engine. The same powertrain we saw on the recently showed Rogue. However, alongside this unit, we can also expect the GT and PHEV versions.

The latest 2022 Mitsubishi Outlander will be for sure more attractive than the predecessor. Unfortunately, details are scarce, and we must wait for the official debut on February 16. Right now, we only have the prototype spy shots and a teaser image that the company released.

The latest images give us a look at what we can expect from the next generation. First of all, the spied prototype is wearing a completely new front fascia that offers more attractiveness. Additionally, Outlander will most likely feature slimmer LED headlights and a revised grille, according to the new teaser image. On the back, we can expect some refreshments that might include better taillights graphics, a more robust bumper, and the new exhaust tips. Generally, because the prototype body is wholly camouflaged, we cannot determine what is updated or changed.

Without any doubt, the new 2022 Mitsubishi Outlander’s interior will look more modern. According to the officials, the next Outlander will be the Mitsubishi’s “best equipped” SUV ever. Considering that, we can expect it to feature better cabin materials than its predecessor. However, it will most likely come with the same layout, and enough room for seating for seven or eight passengers.

We can obviously expect more standard features and a new large touchscreen that could measure between 8.0 and 9.0 inches. Generally, the infotainment will most likely be similar to the displays inside the Rogue. Also, Outlander should feature standard Apple CarPlay/Android Auto, built-in navigation, a premium audio system, and a wireless smartphone charging pad.

According to many media reports, the forthcoming 2022 Mitsubishi Outlander will most likely to replace the aging 2.4-liter inline-4 with the new 2.5-liter inline-four engine. If you didn’t know, this engine is under the Nissan Rogue model and can generate 181-hp. It also deploys the continuously variable automatic transmission (CVT), and all-wheel drive is optional. The more potent powertrain is under the GT model. This unit features a 3.0-liter V6 producing 224 horsepower and 215 lb-ft of torque.

The last one and the most efficient is a PHEV model. It combines a 2.0-liter 4-cylinder engine with two electric motors, delivering a total output of 190 horses. The Outlander PHEV can run on electricity alone for up to 22 miles. Recharging of its battery takes around eight hours with a standard 120-volt outlet.

The redesign version of the famous 2022 Mitsubishi Outlander will look more modern than the current generation. As we mentioned, Outlander will share components with the recently redesigned Nissan Rogue, including its 2.5-liter inline-four engine.

The most exciting news is that it will be fully revealed via live stream on February 16 at 6 p.m. EST. Price is not yet officially available, but we can expect more information on the upcoming event. 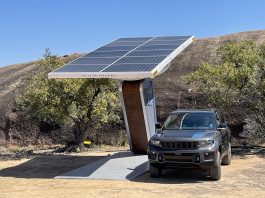 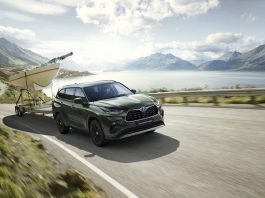 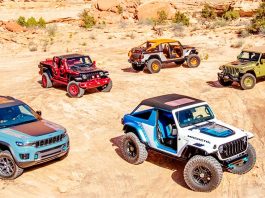