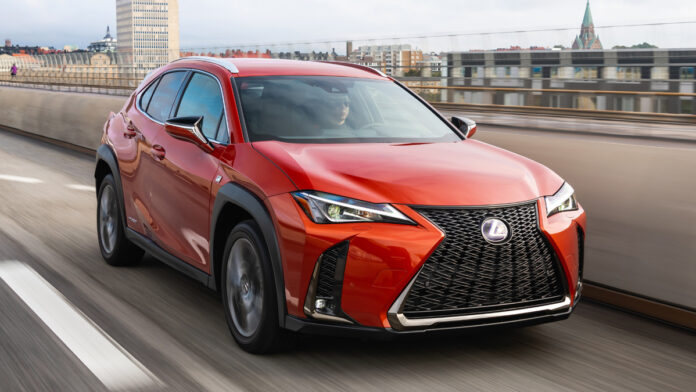 The new subcompact luxury crossover 2022 Lexus UX has been confirmed, and we can expect this model to debut at some point next year. Reportedly, the forthcoming generation should introduce more changes and updates than the current one. In fact, we should expect better styling and plenty of standard equipment.

Unfortunately, like the previous model, the new Lexus UX will be powered by the same engines. This SUV is available with either a gas-powered or a hybrid powertrain. However, unlike the previous units that comes with poky acceleration and produce coarse noises, the new one will be improved.

The new 2022 Lexus UX will receive subtle changes outside. This model features the same distinct grille that has been seen on the RX crossover SUVs. However, the UX proportions remain, and dimensions are almost the same as on the NX model. Thanks to that, the new UX is a very compact crossover SUV that is dressed with 18-inch alloy wheels as standard.

Unlike the base UX 200, the Black Line Special Edition hybrid looks visually better and is recognized by many black accents. This model features darkened headlights and various exterior elements include (grille, side mirrors, roof rails, wheels).

Inside, the new 2022 Lexus UX offers attractive layout and posh materials. Comfort is guaranteed, but unfortunately, the cargo area behind is pretty small, and it’s even smaller on the hybrid model. However, it provides more room than the BMW X1. Like the outgoing model, the new UX features many amenities through trims.

As mentioned, the new 2022 Lexus UX will deploy the same two engines as its predecessor. However, some mechanical changes will happen regarding previous poky acceleration and coarse noises. The UX 200 is the base model that uses a 2.0-liter 4-cylinder engine making 169 horsepower. This model also uses front wheels (FWD) through a continuously variable transmission (CVT).

The optional unit consists of a hybrid system that chooses the UX 250h. Unlike the base model, the hybrid unit comes with a 2.0-liter 4-cylinder gasoline engine with two electric motors running off a nickel-metal hydride battery pack. Total output is 181 horsepower, using conventional CVT. On top of that, the hybrid comes with an all-wheel-drive (AWD) system as standard.

The redesigned 2022 Lexus UX offers a more sporty design and many updates. Considering that, we should expect a slight price increase. The Manufacturer’s Suggested Retail Price of the current model is $32,900, while the hybrid Lexus UX 250h starts at $36,125. Lexus recently reveals that new version UX should hit the markets sometime next year.

Compared to some models in the category, Lexus UX starts below rivals like the Audi Q3, Volvo XC40, BMW X1, Mercedes-Benz GLA 250, and Jaguar E-Pace.