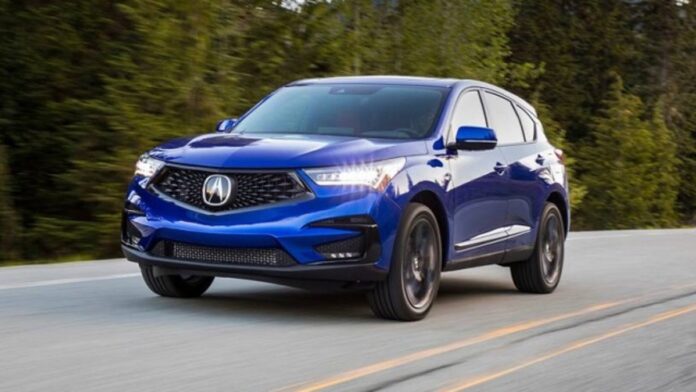 After the recently introduced MDX model, the new 2022 Acura RDX is on the way. This well made compact crossover doesn’t have quite the prestige as its rivals, but it can satisfy most average users. It comes with a similar design as we saw on the MDX model, offering plenty of standard equipment and a roomy cabin.

On top of that, Acura RDX deploys a relatively powerful sole engine that consists of a proven 2.0-liter 4-cylinder turbocharged unit, producing 272 horsepower and 280 lb-ft of torque. Generally, this is more output than we saw on any German equivalent. The new SUV could arrive later this year, with probably slightly higher pricing.

The exterior of the upcoming 2022 Acura RDX will not differ drastically from the predecessor. This model is known and recognized by its “floating-roof” rear pillar, which’s also available on several vehicles from other makers.

For 2022, the RDX comes with a more bold overall look that reminds us of the MDX model. Generally, both models are attractive and are wearing the same design language. However, buyers can enhance Acura RDX look in many ways. For example, choosing the A-Spec package, you`ll get a bringing darker elements and 20-inch rims, replacing the standard 19-inch alloy wheels.

Like before, the new 2022 Acura RDX comes in the form of a 2-row/5-seater, offering plenty of space for travelers and their trappings. The front seats provide above-average support, while the rear passengers won’t be complaining about legroom or headroom. There is a generous cargo volume of 31.1 cubic feet behind the rear seats that can be expanded to almost 80 cubic feet when they’re folded. Overall, the cabin is a mixture of impressive technology, luxury, and style.

Basically, in the engine department, everything remains the same. Like the predecessor, the new 2022 Acura RDX deploys only one engine choice. It draws power from the potent 2.0-liter 4-cylinder turbocharged unit generating 272 horsepower and 280 lb-ft of torque. This unit comes with a 10-speed automatic transmission, and it uses front wheels in standard form (FWD). Of course, all four (AWD) with Acura’s Super Handling system is available optionally or standard on upper trim levels.

The engine also features a stop/start feature to save a little fuel while idling. However, as for the towing, the RDX capacity is 1,500 pounds, which is puny, compared to Lexus NX that can handle 2,000 pounds.

As mentioned, the forthcoming 2022 Acura RDX will not bring anything revolutionary. This model features the same attractive design language as the recently showed MDX model. Moreover, it unfortunately still comes with a solo engine, which is not so good because competitors offer at least two options. The new SUV could arrive later this year with probably slightly higher pricing than the current $39,225.