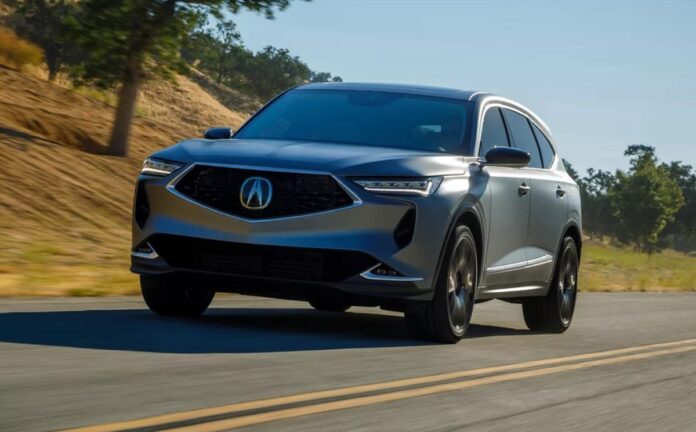 Four days are remaining to the fully reveal of the flagship 2022 Acura MDX. According to Acura, the new model will be introduced on Tuesday, Dec. 8. The manufacturer showed MDX a few days ago in prototype form, and we must admit, it looks mostly different than the outgoing model.

The new model will be bigger, lower and wider than its predecessor. It will also provide a sleeker and refined look. Acura also revealed that the new MDX would be available with a 3.5-litre V6 producing around 290 horsepower. After the base MDX hits the markets, fans can also expect a hotter Type S variant powered with the same 3.0-litre turbo V6 as the TLX Type S.

The upcoming 2022 Acura MDX flagship model looks nearly identical to the prototype that we saw recently. Overall, the new model is refreshed compared to the outgoing model, and it features nicely sculpted front fascia. Acura claims that the new generation will bring many improvements. In addition, it will be longer, lower and wider than its predecessor.

Generally, the design is one of the best that we saw in the mid-size segment. The front fascia dominates this time with an excellently sculpted grille, hood and slimmer shaped headlights. On the back, the same story continuous with visually better taillights and the new exhaust system, resulting in a sportier stance than before.

Like the previous model, the new 2022 Acura MDX will offer seating for seven passengers through three rows of seats. Overall, the cabin will be much better, and it will be a massive jump in terms of material quality and design, compared to the outgoing model. Nevertheless, this is not all, because from what we heard, the manufacturer will also introduce some of the new techs.

The cabin will finally include a digital instrument cluster as well as a large 12.3-inch central screen. Acura also claims that its True Touchpad Interface should control the latest infotainment system. Safety will be better, and buyers can expect a vast number of standard features.

The most recent news reveals that 2022 Acura MDX will be available in two forms, base and Type S. The base model will use a 3.5-litre V6 producing 290 horsepower. This powertrain will most likely come with a 10-speed automatic transmission as standard, while Acura’s Super-Handling All-Wheel Drive will be optional. The much hotter Type S variant will be available soon after the release of the base one. The 3.0-litre turbo V6 will power this model, and it should pump out somewhere around 355 hp. Besides, Type S model comes standard with an SH-AWD tech.

The introduction of the new 2022 Acura MDX will happen in four days, or precisely on Tuesday, Dec. 8. Alongside better exterior staling and sharper lines, the new SUV will also include a much more modern interior. We don’t have any official pricing details, but many experts are suggesting that a price of around $50,000 should be more than acceptable.